COVID-19 • We are open for business as usual. More details

COVID-19 • We are open for business and continue to follow the government’s guidelines. More details

AROUND THE WORLD VERTICAL FARMS RELY ON LED LIGHT

Across the globe an increasing number of vertical farms are springing up in densely populated cities, they’re also known as ‘plant factories’. They are being set up in purpose-built multi-story buildings, empty warehouses and cold storage facilities, erstwhile cleanroom facilities, freight containers and even in erstwhile subterranean air-raid shelters. Using modern technologies such as hydroponics or aeroponics for irrigation and artificial light to trigger photosynthesis the aim is to grow and distribute crops closer to the major customer base.

Plants grown range from leafy green vegetables such as lettuce, kale and spinach, to tomatoes and cucumbers, common and exotic herbs and yes, to cannabis (legally, of course) and, excitingly, plants from which pharmaceuticals can be derived. It is unreasonable at this time to contemplate that vertical farms will ever replace either conventional farming or horticultural greenhouses but they have great potential to supplement these traditional techniques.

Light impinging on plant leaves activates photosynthesis during which process chlorophyll in the plant reacts with water, CO2 from the air and nutrients to form carbohydrates, for example glucose, and oxygen. The carbohydrates then combine with oxygen providing the nourishment necessary for plants to grow and the crop to become harvestable.

In nature and horticultural greenhouses light energy is provided by the sun, but in fact any man-made source of light energy will initiate photosynthesis making indoor vertical farming feasible.

LED lighting was a latecomer to the field but soon revealed significant advantages over the other light sources, especially so for larger scale commercial operations. These include:

Hence LED light is the most effective, versatile and, in end effect, cost-effective artificial light source for vertical farms and the magenta light characteristic of vertical farm illumination arises from a combination of blue and red wavelength combinations from tuned LED light sources.

As we know plant species thrive in different environments, some thrive in sunny, warm climates, others prefer colder and shady places, some require copious amounts of water and rich soil others can thrive in desert conditions. Similarly, optimum growing conditions must be controlled in a vertical farm for each particular plant species, from irrigation, nutrient additions right through to the lighting conditions. Plants also require a downtime from exposure to light, during which time it can use the stored energy for respiration and to release oxygen back into the environment. Yet again, rest regimes have to be optimised for plants to gain optimum benefit, whether during growth or at the flowering/harvesting stage.

Commercial growers look to a specific benchmark for each plant species, the daily light integral (DLI). It is a variable that is especially useful to describe the light environment needed for successful growth and yield of plants. It defines the number of photosynthetically active photons that are delivered to a specific area over a 24-hour day and includes diurnal variation and day or month length. Its units are µmol/m2 /m/day or mol2/m/month.

Understanding DLI values is essential for setting up a suitable lighting environment for optimum growth and yield from a plant growing in and indoor farm. Too high a DLI value will burn the plant while too low a value will hinder its growth potential or even cause it to die. Seedlings require a DLI of 6 – 10 mol2/m/day, lettuce 14 – 16, cucumber, tomatoes and eggplant 20 – 30.

Photosynthesis happens when a plant’s leaves absorb light within the visible wavelength range of 380nm to 700nm, this includes ultraviolet, violet, blue, green, yellow and red light. The range is called the photosynthetically active radiation (PAR) and is a key measurement of light, measured by the number of micromoles of light per square metre per second (µmol/m2/s). Some recent evidence indicates that wavelengths outside both ends of this range may also play a part in a plant’s health. However, the blue light in the wavelength range of 400nm to 500nm and red light in the wavelength range of 600nm to 700nm are known to be absorbed by plants and play the most important role in determining their welfare. Blue light encourages germination and growth while red light is essential for flowering. Plants need both blue and red spectrum light to flourish at different stages of growth from germination to flowering and bearing fruit. In general, blue light has a higher impact on chlorophyll production than red light and is only needed in smaller quantities.

While blue and red light are essential for photosynthesis to take place, most other wavelengths are not absorbed by a plant’s leaves and energy is wasted on light that the plant can’t readily absorb and use. A further feature is that a peak absorption of high energy blue light occurs at a wavelength of around 440nm and a similar peak of lower energy red light at around 660nm.

LED lighting manufacturers are able to tailor the output of LED light assemblies to give the most beneficial conditions for growing specific plant species, specifically targeting the ideal wavelength and proportion of blue and red LED light; and eliminating all other unnecessary wavelengths. This in turn optimises the energy required by a light assembly and the heat output they generate.

Light intensity (PPF) for horticultural lighting is defined as the number of useful photons emitted by a light source per second (µmol/s). But as light passes through a certain area of foliage and is absorbed by the plants and, at the same time, the intensity of light decreases with distance, so the photosynthetic photon flux density (PPFD) is a more useful measure of actual light intensity. Given in µmol/m2/s it the number of photons in the 400nm to 700nm range that fall on a square meter of a target area per second.

The PPFD is the unit for defining the quality of a light source and is measured at a set distance from a target area. LED lighting from reputable suppliers is provided with a PPFD chart/light footprint from which the PPFD can be read off for various distances of the lamp from the plant canopy. From the chart it is then possible to determine the optimum exposure time for a particular plant species. The best combination of distance and exposure time to achieve the plant’s known DFI will then depend on the plant factory setup.

Photon Efficacy given in µmol/J is another important factor that helps when choosing the best horticultural lighting for a specific plant and crop need. It describes how good the lamps are at converting electrical energy into photosynthetically active photons. 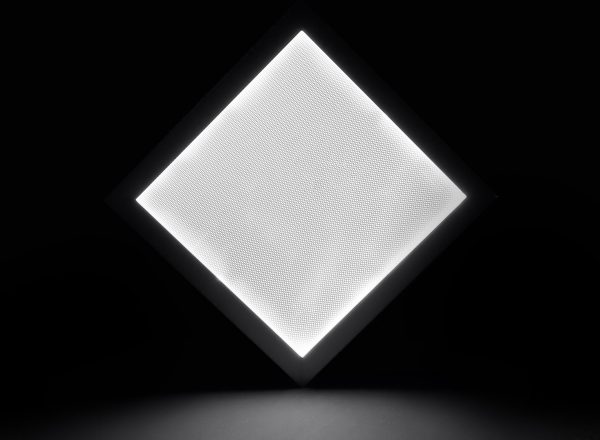 Addlux supplies framed and frameless versions of their high-tech LED light sheet. Each has individual advantages for specific applications. With the frameless light sheet the 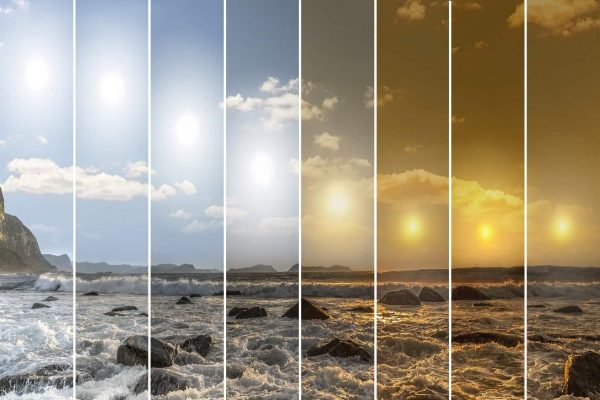 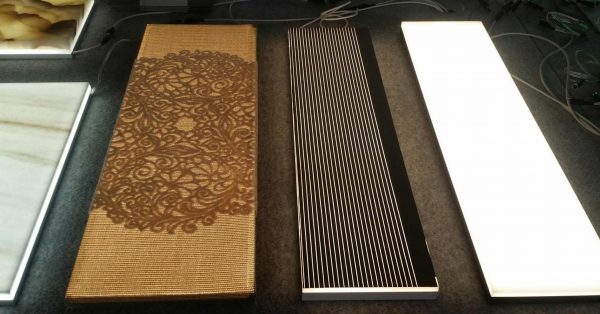 Whether translucent stone, glass, plastic, veneers or fabric, Addlux will provide you with expert advice and the right LED solution to ensure that your chosen

Addlux Limited is a recognised leader in bespoke LED lighting and display solutions.

We pride ourselves in providing excellent technical support and post-order care with quick tracked delivery worldwide.